Hey, y'all! So back in April I reviewed a book called Love's Forbidden Flower. You can check out my review HERE. But long story short, I loved it. And the sequel, Time's Forbidden Flower, is coming out...well, today! I'm going to be reviewing the sequel tomorrow, but today I get to hang out with my very favorite character from these books:


Christopher!
But before we get to that, I'm going to give you the book info for Love's Forbidden Flower, so you know what's up. 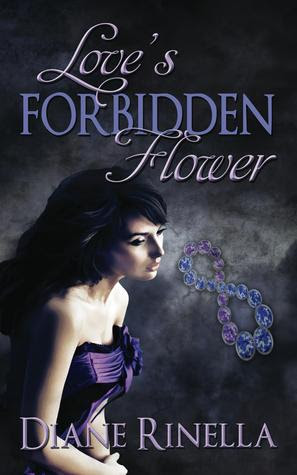 Description from Goodreads:
The heart cares not what society forbids.

Lily nurtures a secret love for a flawless man—the one who is her soul mate. Donovan is gorgeous, charismatic, and delights in all of Lily’s talents and quirks. Their innate knowledge of each other is almost telepathic. Together they interlock like fine threads creating luxurious silk.

But society dictates this picture-perfect adoration is the ghastliest of all possibilities.

As Lily embarks on a quest for the romance the heavens intended, her suitor turns reluctant. Desperate to uncover why Dr. Jekyll and Mr. Hiding decayed from a tender-hearted gentleman into a ferociously self-serving, cocky bastard, Lily is prepared for battle when it comes to the salvation of her soul mate. However, Donovan traps Lily in a mental game of chess, leaving her to question his sanity. When Lily’s revelations about Donovan’s destructive alter ego lead to an inconceivable truth, can she help Donovan survive fate’s cruel joke?