Hiiiiiiiiiii.
I haven't posted in five days. Like, WTF. WHAT IS GOING ON?! Well, I'm about to tell you.
There is this really annoying thing most people like to call school. Personally, I call it torture. But no matter what you call it, I have to go there quite often. And that takes up some time. Time that I'd rather spend sleeping, because I am a naturally sleepy person. I can't help it. So school has me not sleeping enough, and when I get home...well, I like to take naps. And then after those naps, I have homework to do because...because... I don't actually know why homework exists. All I know is that it sucks. Plus, I'm taking AP Calculus this year... 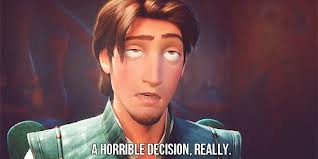 So I have to take time to figure THAT out, which is just as fun as it sounds.
And then I read books. So on the bright side, I'm not behind on reading! I am, however, behind on blogging. My bad.
I pretty much just admitted to letting life get in the way of things. Crap. Aren't I always the one who never lets that happen? But even though I told you that, I actually have not disappeared completely! I'm on Twitter all the time. And I still have a swoon going up on YA Bound every Thursday, along with my Sunday posts over there. And I'm on Bookish! Speaking of...
I'm not doing any special Halloween event on my blog, in case you hadn't noticed. I'm  keeping it chill over here. BUT. There is one going on over at Bookish. One that I am taking part in and am having loads of fun with. So click HERE to check out that schedule so you can join the fun! Plus, there may or may not be a crap load of giveaways going on... ;)
I don't plan on abandoning this blog or anything, though. I actually have a review scheduled to go up tomorrow. And another one for next week. WHOA. :) So watch out for those things. I also have a mega haul post to do sometime...probably this weekend, but I keep putting it off because there's soooooooo muuuuuuuuuuuch. I still need to do this month's TBR video, too. I might do a mid-month video for that. We'll see.
Hmmmmm. What else, what else....I'm trying to not take forever for this, but I'm also trying not to forget anything, either.
OHH. Anyone asking about my review of Fire & Flood by Victoria Scott. (I have seriously been asked about this. You think I'm joking but really I'm not.) The book doesn't actually come out until the end of February 2014. Which means posting my review now would kind of be a little pointless. I mean, it'd make me feel happy and good, but it wouldn't do much good for anyone else, because they'd all forget about it by the time the book was actually released. So I'm not posting that until next year, probably sometime in February. Sorry to anyone who wants to know all the feels. Victoria Scott DID post a teaser this past Friday, however! 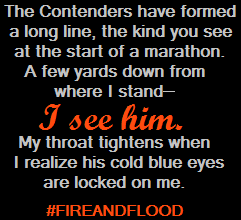 Those eyes...YUM.
(YUM is pretty much what I say regarding everything Guy Chambers.)
Okay, so...that's it for that stuff. Yes? I think so. Now onto the fun thing! I had seen that I was getting close for a while, but then today I checked again after not checking since...well, Friday... nad I found THIS:
Do you know what that means? Well, it means this:

(You didn't really think I'd go through this whole post without any Supernatural gifs, did you?)
100,000 PAGEVIEWS! That's a freaking lot!

It's things like this that make me realize that HOLY CRAP this blog thing is actually working out. People are actually stopping by and, like, looking at my stuff. Or pretending to. Either way, people are visiting. And that means so much to me. I know I always get kind of mushy when I talk about these kinds of things, but I can't help it! I never imagined this blog would become something this awesome. And I don't mean that in a stuck up I'm-the-mother-freaking-best way. I mean that in a you-make-this-boat-float way. YOU. You you you you you.

I am most definitely doing a giveaway to celebrate this awesome. Not yet, though. I need to plan it. I have no clue what I'm giving away yet. I'm doing a Halloween giveaway closer to the holiday, so I'll most likely give two prizes away during that, and have two winners. Eeeeep!
So that is it. Now how many of you actually read this post and care what it says? I don't blame you if you didn't/don't. I'm not sure I do entirely anymore, either. Except for the 100,000 thing. That's a biggie for me. But other than that...I may have just wasted some time. But you know what?

So...comment if you want? I'm not sure what to comment about, but comments do make me smile extra hard!

Email ThisBlogThis!Share to TwitterShare to FacebookShare to Pinterest
Labels: thank you, update