Click the banner above to see the full tour schedule! 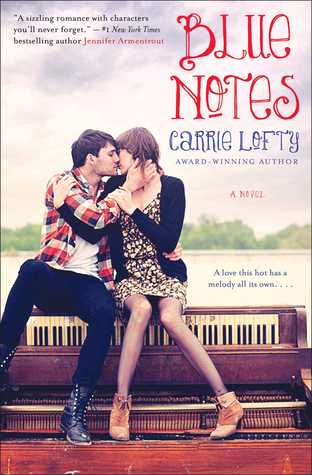 Description from Goodreads:
For fans of Jamie McGuire and S.C. Stephens, a sizzling new adult novel featuring the tumultuous relationship between a young piano prodigy and a reluctant billionaire playboy—set against the vibrant backdrop of a New Orleans college campus.

After being bounced from foster family to foster family, Keeley, a talented pianist, is ready to start over as a junior at Tulane. But when she plays a small concert that attracts the attention of Jude, a brooding playboy and heir to an enormous fortune in the wake of his parents’ tragic death, suddenly Keeley’s life is thrown off balance once again.

Jude is the first person to confront her about the pain behind her music, and she struggles with whether or not to let him into her life, or to keep protecting herself from the hurt that relationships have caused her in the past. But Keeley’s about to learn that the melancholy young billionaire who appears to have everything he wants can open her eyes to exactly what she needs…

There’s a man standing outside the rehearsal room door.


First thing: chocolate. That’s all I can think. I catch a glimpse of chocolate brown hair that’s long enough to curl at his collar, but really neatly styled. Sunlight from a window at the end of the hallway makes the tips of those curls shine.


Second thing: an honest to goodness three piece suit. He looks like a full-blown executive, but young enough to pull off posh guy trends straight out of Details.


“And I thought Katrina was a helluva storm,” he says. “Do we really need more hurricanes in this town?”


Air sucks up from my lungs and into my throat, and crunches together like a car smashing into a concrete barrier. To be so exposed to a drop-dead gorgeous guy—a man, really . . .


He’s almost beautiful. His features are elegant, as if bred from perfect aristocratic lines. Cheekbones to die for. Lashes tipped with gold. Piercing, heart of a flame blue eyes. Absolutely fathomless.


Finally, my idiot brain remembers to act like a grown-up. “Where do you get off?”


His expression barely changes except that his eyebrows lift into condescending arcs. He’s talking to an ant and wants me to know it. “Nowhere public.”


It takes me a few seconds to catch the innuendo. I wind up even more embarrassed. I know the mechanics of a guy getting off, but that’s where my knowledge ends. I want to find some snappy sexual retort that’d really shock him. . . .


“I’m serious,” I say, my anger rising. “Do you dress up and skulk around the music halls, waiting to insult someone?”


He waves a derisive hand toward the open door to the rehearsal room. “Whatever that was would’ve bent anyone’s ear.”


His voice is really getting to me. It’s refined but with that unmistakable New Orleans saunter. His voice is voodoo. I want to melt into it. Be hypnotized by it.


Instead, my pride wins out.


“Why don’t you head over to the art department next? ‘Sorry, sugar, that color palette is an insult to my eyes.’ ”


“If I want to talk about how things look.” He flashes his gaze up and down my body. It’s definitely not appreciative. “You give me a lot to work with.”


“I’ve been rehearsing for an hour,” I say, steady and forceful. “You’ve been, what, primping? Give me that much time and I can look like a pretentious snob too.”


The relaxed lull of his lips turns into a half smile that would outshine most I’m really trying smiles. “You don’t know who I am, do you?” he asks with a chuckle.


“I’m not even sure myself. I appreciate the laugh, though.” He’s looking at me, like I was put on this earth to be his jester.


I so want to hit him. A messenger bag can be turned into a weapon, right?


He steps dramatically back, even offering a condescending bow. “Like this, sugar?”


The impulse to run is really strong, but I’m okay. Right? Sure. No biggie. I’m blinking past a wash of red.


I come to an emergency door. Aw, screw it.

Since 2008, RITA-nominated and RT Reviewers’ Choice-winning author Carrie Lofty has over twenty books to her name–or four names, to be precise. Her paranormal (as Lindsey Piper ) and historical romances from Pocket have been described as “nuanced and superbly realized” (The Chicago Tribune) and “sexy, brutal and somehow innocent” (All About Romance). Now Carrie is celebrating her first New Adult romance, Blue Notes , featuring a shy piano prodigy and a New Orleans playboy shouldering his family’s crumbling empire.

During her junior year abroad, Carrie lured an unsuspecting Englishman to the Midwest, where she’s kept him a happy ex-pat for sixteen years. With two pre-teen daughters and a master’s degree specializing in the Old West, Carrie is a movie buff, a former ballroom and bellydancer, and a woman in desperate need of a maid service.