Today, I get to help reveal the cover for a book I am so so so SO excited about! So, yeah, I'm just going to get to it... (and there's a giveaway!) 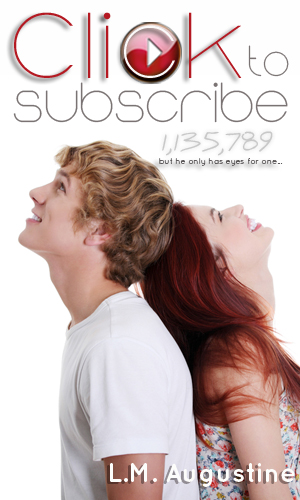 
Designer: Allie Brennan (who is fantastic and brilliant and totally recommended by L.M.)


1,135,789. That’s how many subscribers sixteen-year-old West Ryder has on his web vlog series. But he only has eyes for one of them.


As one of the internet’s most prestigious video bloggers, West talks about high school relationships under the name “Sam Green.” As far as he knows, no one from school, not even his best friend, Cat, has seen his videos. But the highlight of the whole thing is Harper Knight, who comments every day at exactly 2:02 in the afternoon. He doesn’t know anything about her aside from the occasional deep philosophical messaging on why pizza tastes so delicious, but as stupid as it sounds, he might be falling for her. So when they finally agree to meet in real life, West’s hope for romance seems more and more in reach. But that all changes as soon as he arrives at their meeting spot and sees Cat walking toward him, wearing the same “I <3 Sam Green” T-shirt Harper promised she'd have on.


To his alarm, West realizes he is falling in love with the best friend who has always been a sister to him.


Add it on Goodreads.


Some Things:
To celebrate the cover reveal… there is a giveaway! Note: ARCs won’t be ready until late March/early April, but if you win one, you will be the first to get it. (All of the winners will be emailed a day after the giveaway ends.)
For those of you interested in the book, check the author’s Facebook page and blog (links above) because he will be posting a number of excerpts of CLICK TO SUBSCRIBE throughout the week.
And to anyone reading this: thank you! Your support seriously means so much to me. (Me = the awkward author, L.M., who has raided this blog for the day. MUAHAHA!)
a Rafflecopter giveaway

Yay! The cover has officially been revealed! ADD THIS BOOK, PEOPLE. Do it.