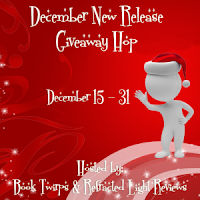 The December New Release Giveaway Hop is hosted by Book Twirps and Refracted light reviews. This one runs from December 15-31, guys.
Yeah. Another hop. But this time, choosing what to give away is incredibly easy. Because we're all giving away the same thing!
ONE winner will get a Decemer new release of their choice. Need some help choosing? Well, OF COURSE I'll show you some great books being released this month!

**As of right now, FLAWED is being released in paperback in January, but from what I hear i's available for download. I'm reading it right now, and...no words. So if you want an ecopy of it, I will DEFINITELY get it for you**
All right. So those are my suggestions. A bunch of those are from people I asked on Twitter. Thanks, awesome people!
Details:
-One book will be given to one randomly chosen winner
-The book will be winner's choice of ANY book released in the month of December 2012
-This giveaway is INTERNATIONAL
-This actually IS my giveaway, so my policy does apply this time
-Enter through the Rafflecopter and may the odds be ever in your favor!
a Rafflecopter giveaway
As always, hop on, good people!